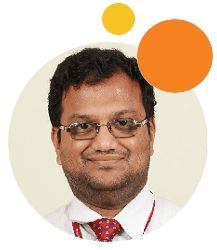 My name is Hrishikesh Tendulkar and I am working as an Assistant Professor at Vidyalankar School of Information Technology.

During my childhood, I used to go to my grandfather’s place in the Sindhudurg district called Shiroda. Later I came to know it was a place where Gandhi did the Satyagraha against the Salt Tax imposed by us by the British. It is a very beautiful place with greenery and open fields where people are often found playing volleyball. There are times when matches are matches conducted among the other nearby small towns. Shiroda yields all types of fruits like mangoes, jackfruits, etc, which I often enjoyed eating.

My school was just very near to my house and the teachers were very helpful and they guided me in every problem of my studies as well as personal. My college education was normal in which after clearing my HSC I did my Diploma in Computer Technology followed by my bachelor’s in computer applications (BCA) and eventually a master’s in computers applications (MCA)

I am working as an Assistant Professor at Vidyalankar School of Information Technology and teach various subjects like DBMS, C, C++, ASP.NET, Data Structures, etc. My expertise is mostly in programming languages. I have done various projects like Payroll, Library Management System, MSRTC Reservation System in which I was the sole person to do the projects. I have guided many projects like Organ Donation System, Blood Bank Management System, Imaginaire Photo Sharing Website, and Knowledge Sharing Mobile App.

I have been working as a member of the Unfair Means Committee in which we take inspection rounds and call for the parent’s teachers' meeting. I have also been a member of the Anti-ragging Committee which involved me getting the up anti-ragging form filled up and filed. I have also been a member of Exam Cell where I have done duties such as the creation of timetables, printing of papers, CAP work, and the making of results, etc.

I have helped students in team-building activity and problem-based learning methodology. I speak with students from various departments and help them execute their assignments which is a general problem with all students.